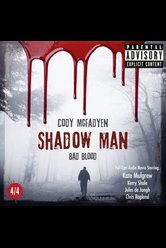 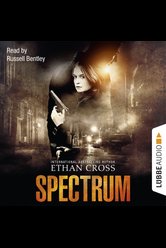 A fast-paced thriller from the author of the international bestselling Shepherd series. The gruesome killing of more than 300 white squatters in a South African village is still unsolved when the alleged assassin enters a storage facility in the US and takes several hostages. No demands and an obvious play for time leave hostage negotiators on edge. When the FBI is called in, they bring Dr. August Burke, a young man with James Dean looks and a brilliant mind capable of seeing behavioral...

Mystery at the Manor

The elderly owner of Mogdon Manor, Victor Hamblyn, dies in a mysterious fire. But was it really an accident? Jack and Sarah are skeptical ... The victim's three middle-aged children, who all live in the village of Cherringham, are possible heirs. And possible murderers ... Did one of them set the fire? Cherringham is a serial novel à la Charles Dickens, with a new audio episode released every two weeks. Set in the sleepy English village of Cherringham, the detective series brings together an... 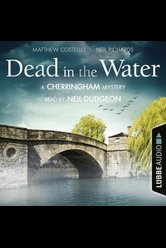 Dead in the Water

On the night of the school prom, a young teacher is found dead in the Thames in a drug-related accident. It seems – at first – to be another sign that Cherringham High is spiralling out of control. The new head however is convinced that the teacher’s death is suspicious and quietly calls in Sarah Edwards.  With her one-time detective partner, Jack Brennan, back in America, Sarah is at first reluctant to take on the case. But when she does get involved, it soon becomes clear that the tragic accident...

Cherringham - a quiet town in the Cotswolds. Nothing ever happens there, or so it seems - until one morning a woman's body is found in the river. A terrible accident, according to the police. But is this true? Sarah believes there must be more to it. In Jack, a former NYPD homicide detective, she finds a partner who is willing to start investigating with her. They soon find out that things are not as clear as the police want them to be ... This first - of many cases brings Sarah and...

From the authors of the best-selling series CHERRINGHAM A young poacher is found shot dead in the woods of a grand estate near Mydworth. A sad accident it would seem. But the boy’s mother is convinced it is murder and when Harry and Kat investigate, they find the poacher’s life was not as innocent as he made out ... Nathaniel Parker, born in 1962, graduated from the London Academy of Music and Dramatic Art and went on to join the Royal Shakespeare Company. His television career began in 1988 when... 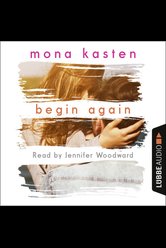 He makes the rules. She breaks them all.A new start. It's the only thing keeping Allie Harper going, when she packs up her life and moves across the country to Woodshill, Oregon. She's about to start college, desperate to leave the ghosts of her past behind her. Even if that means never talking to her parents again.Now the hard part - finding an apartment before classes start. Just when it seems she'll have to live out of her car, Allie visits one more place. It's beautiful. With one exception: can...