results for all segments
8 Results 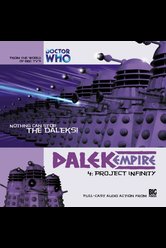 The Seers of Yaldos have a sad story to tell, but Alby and Kalendorf know they must listen. Meanwhile, the Daleks seem unconcerned by their recent defeats. They have their sights firmly fixed on Project Infinity. In the hands of the Daleks, the human race's only hope of victory could signal the destruction of the entire universe. 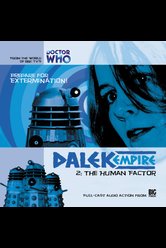 Alby Brook and Gordon Pellan are following the best information they have to locate Suz in Dalek-infested space. But what is it the Daleks want with her?On the slave planet Guria, Alby discovers Suz is already gaining a reputation as something of an angel of mercy. Could it be that she is now working for the Daleks?But as Suz and Kalendorf travel from planet to planet, a murmur of defiance is growing… "Death to the Daleks! Death to the Daleks!" 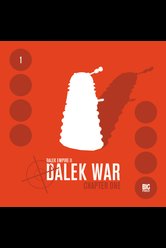 The galaxy is in the grip of a terrible war. Kalendorf and his alliance forces are fighting alongside Daleks from another dimension. Their common cause? The defeat of the Dalek Supreme’s mighty army.But where is the evil Emperor of the Daleks? And can it be that the legendary Angel of Mercy, Susan Mendes, has already been exterminated?With civilisation on the brink of destruction, it may now be impossible to tell friend from foe. 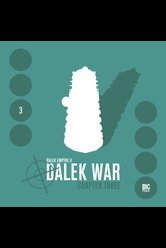 Kalendorf's victorious fleet has entered Earth's solar system. But what has happened to Jupiter?Meanwhile, Alby and Suz are being held captive by Enemy Dalek forces. But with the Emperor's consciousness inhabiting Suz's mind, can Alby ever again trust the woman he loves?And could it be that Kalendorf and The Mentor have stumbled into a Dalek trap? Time may be running out for the human alliance with the Daleks from another universe... 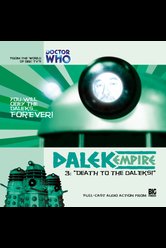 Dalek Empire: "Death to the Daleks!"

Suz decides it is time to take control of events. But when she is summoned to an audience with the Dalek Emperor, she begins to fear that all her efforts have been in vain.Meanwhile, Earth Alliance Security commander-in-chief Tanlee is intent on locating Alby. The Dalek advance across the galaxy seems unstoppable and the only possibility of salvation for the human race lies in the Lopra System. But how can Alby help, when no one will tell him the purpose of Project Infinity? 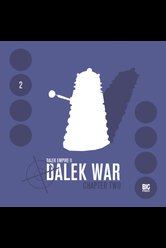 The Dalek Supreme’s forces have attained their first objective. But will Alby, Mirana and Morli be able to escape?Meanwhile, Kalendorf’s forces seem to be defeating the Daleks in Earth’s Solar System. However, the mysterious Mentor’s suspicions are growing… 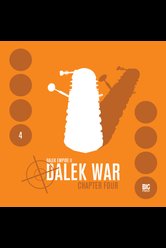 Two thousand years ago, the galaxy was devastated by a great catastrophe. No one really knows what happened. Some say it was the work of the 'Dark One' of the 'Bringer of Death'.And in the ancient remains of a civilisation on the planet Velyshaa, a lonely outcast is uncovering evidence of who that terrible figure really was.Could it be that Kalendorf's determination to rid the galaxy of the Daleks will bring about the destruction of everything? Indeed, can the Daleks ever be truly defeated...? 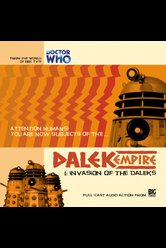 Dalek Empire: Invasion of the Daleks

The Milky Way is at peace. After centuries of struggle, the Earth Alliance has been created and all is well. Then, without warning, the Daleks launch their invasion. An invasion which threatens to tear apart the fabric of our entire galaxy...